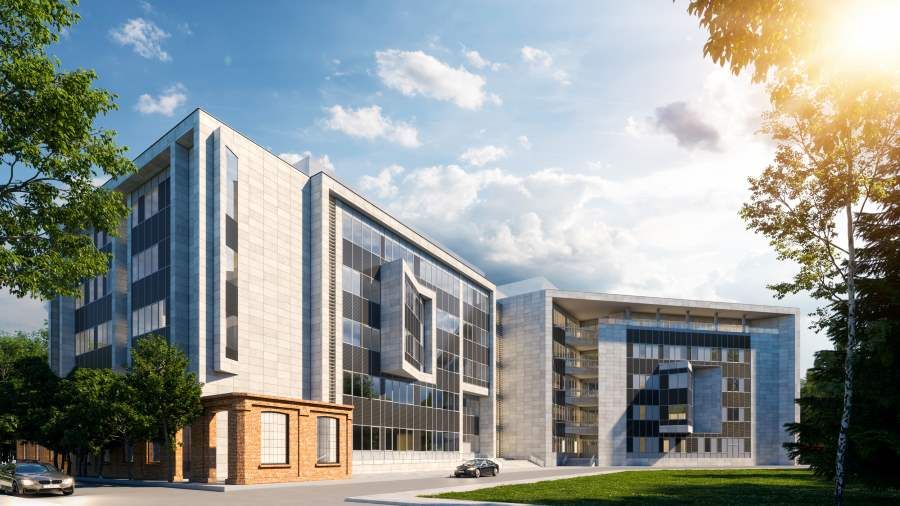 Campus A of the Lodz University of Technology will feature a modern complex of buildings: a conference and didactic center and a laboratory and didactic building of the Chemistry Department. The implementation of the latest investment was divided into two stages. The entire project received PLN 97.5 million in funding from the Ministry of Science and Higher Education.

The university has selected a contractor for the first stage, in which theorym will create a conference and teaching center. It will be built for more than 57 millionoin gold. The amount of funding from the Ministry for the investment, which is just beginning, is 45 millionoin gold.

The tender procedure under the formula „design and build” for stage I was decided at the end of last year. Spośrod of seven bids, the most favorable one, worth PLN 57,046,877.83, was selected, submitted by BUDIMEX S.A.

On Monday, January 21, 2019. rector prof. Slawomir Wiak signed a contract for the investment „Alchemium – the magic of tomorrow’s chemistry. Construction of a modern conference and laboratory building – didactic – Laboratory for the Department of Chemistry of the Lodzka”. On the part of the Contractor, the document was signed by Łukasz Liberski – director of the. commercial and Marek Janowski – director of BUDIMEX District S.A.

Within 3 days of signing the contract, the project site will be handed over to the contractor. The expected completion date, including obtaining an occupancy permit, is September 30, 2020. The architectural design of the complex, whichoSuch a large auditorium is long awaited by the university authorities. The architectural design of the complex, which is located on Żeromskiego Street, was prepared by Lachman Pabich Architekci studio. The author of the project is prof. Marek Pabich, architect.

The first to be built will be an over 24-meter high, 5-story conference and teaching building, along with an underground section (garage). The heart of the building will be a 500-seat auditorium, located from the second floor and three stories high. As the rector stresses prof. Sławomir Wiak, such a large auditorium has long been expected by the university authorities. Polytechnic ŁoThe building, which is located on the top floor of the Łaźnia, lacks a representative auditorium, whichore could replace the historic auditorium of the im. Prof. A. Soltan, which is the venue for most of the ceremonies ogolnuniversity.

– The Polytechnic will get a prestigious, meeting with the needs of the publicomodern standards of the place, in whichoWe will be able to organize events with the participation of distinguished guests, knowing that we receive them in a place appropriately designed for this purpose – moThe rector. Lecture hall, whichoThe auditorium can be divided into two smaller auditoriums if necessary, and will be equipped with multimedia equipment, stage lighting, a simultaneous translation system.