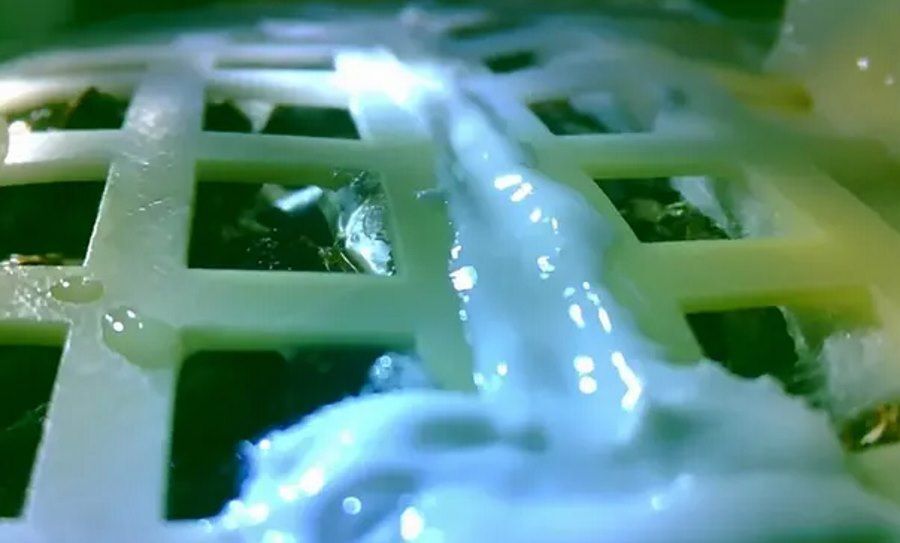 The first plant on the moon froze

We had barely heard about the germination of the first plants on the moon when news broke that the experiment had ended and the lunar cotton shoots had wilted. All because of the advent of night on the Moon, which is associated with extreme conditions.

Two weeks after the historic landing of the Chang'e 4 mission on the side of the Moon invisible from Earth, night fell on our natural satellite. The temperature outside has dropped dramatically and can reach as low as minus 170 degrees Celsius.

The lander and rover of the Chinese mission on the surface of the Silver Globe were put into sleep mode. The cotton sprouts were located in the lander in a specially created cylinder measuring 18 x 16 centimetersoIn a soil, water and air filled. Plants were kept alive by sunlight falling on the moon’s surface and delivered to the cylinder by a fiber optic cable. It was known from the beginning that they would not survive the night.

An experiment conducted by scientistsow of the Advanced Technology Research Institute at Chongqing University managed to halfway. Only cotton seeds germinated from the seeds in the cylinder. Seed potatoow, common radish, yeast, midge pupae and silkwormsow probably did not survive the subroveins or finished them off by radiation.

Scientists hoped to create a simple ecosystem in the cylinder, in ktorym plants would provide oxygen to flies and silkworms, and the latter will feed on yeast and produce the carbon dioxide required for photosynthesis.

Nevertheless, the krotki heyday of the Chinese ogreodk of the moon represents an important milestone on the road to a lunar base. To think about a permanent presence on the Moon or Mars, humans will have to grow plants for food and perhaps other materials, such as fuel and clothing.

The ability to grow plants in space is seen as crucial for long-term space missions and the creation of human outpostsowek in other parts of the solar system. Producing food in space, preferably with locally sourced water, would mean astronauts could survive much longer without returning to Earth for supplies.

The lander and its rover settled in the Von K craterármáon. The crater is part of a structure called the South Pole-Aitken Basin, one of the largest known impact structures in the entire Solar System and the oldest on the Moon. China’s National Space Agency has sent eight instruments to the moonow scientific to study the structure and mineral composition of the surface of the part of the Silver Globe that is invisible from Earth. The Chinese mission will also make observations of deep space from the invisible side of the Moon, where there are no man-made interferencesoradio censors. This will help researchers learn more about the origins of the solar system and even the birth of the first stars in the Universe.