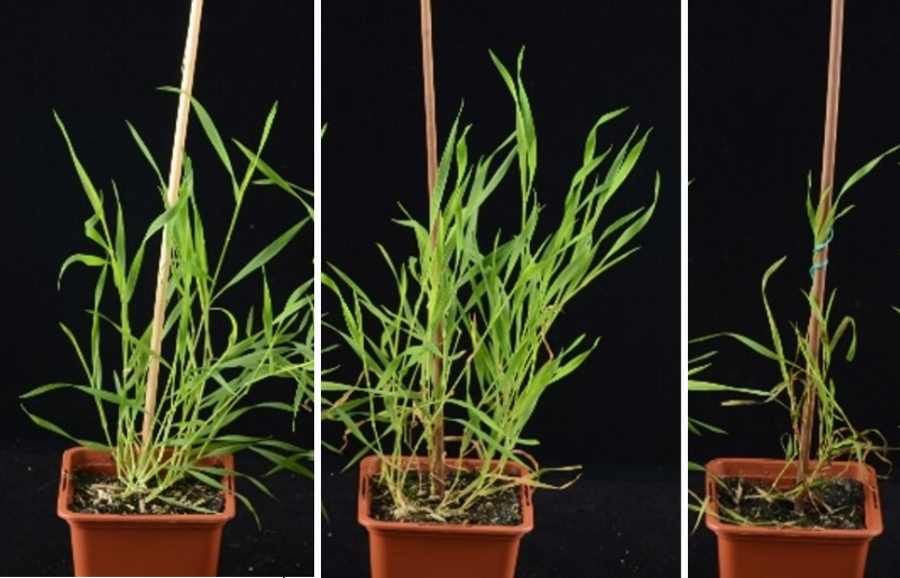 Biologists at the University of Warsaw have discovered chemical compounds that are innovative in terms of chemical structure and show very high efficacy against weeds. Toxicological tests so far prove that the discovered molecules are also safe for humans and the environment.

HeadoThe main authors of the invention are Dr Rafał Archacki and Dr Paweł Siedlecki from the Institute of Experimental Biology and Plant Biotechnology at the Faculty of Biology of the UW. As is often the case with important scientific discoveries, the new substances were encountered by accident. The ongoing research and development project was looking for a substance thatore would help increase biomass. The goal of the research was to find a regulatorow proteins that stimulate growth and developmentoplant. The activity of several dozen selected compounds was testedoin chemical. Mediumod of these, several promising molecules have been found, over which theoWhile further work will be ongoing, someore of the substances tested, contrary to researchers’ expectations, instead of stimulating growth, they inhibited it or even destroyed the plants.

The discovered weed substancesojcze has been subjected to efficacy tests, whichoThe results were very promising. PoroThe performance of the new molecules was compared with the reference compound – glufosinate ammonium, whichoAs is often the case with important scientific discoveries, new substances came to light by accidentoof which.

– During the testow we have selected three chemical molecules. One of them showed higher efficacy than the reference compound and also had a wider range of action. The effects of using dwoch others were porown comparable to glufosinate – mowi Dr. Rafał Archacki.

The effectiveness of the molecules opens the prospect of developing a formulationoin containing smaller amounts of herbicide, which may translate into a lower environmental load. At the same time, it is important not only to discover a more effective substance. Molecules of similar potency, but with a different mechanism of action, the roalso the chance to produce new formulationsow. In the face of growing weed resistanceow for herbicides and the common practice of spraying with several formulations, the new solutions could be very useful and have a chance of commercialization.

For now, the new molecules have been tested under laboratory conditions and tested on several plant species under greenhouse conditions. Preliminary toxicological tests have shown that they have little effect on the survival of comorek human. They are also not toxic to soil-dwelling nematodes. This is preliminary research for now, but it offers the very real prospect that the new substances could eventually be used in agriculture or horticulture.

So far, it has not been possible to conduct a testoin the field under real crop conditions. This requires the involvement of much larger resourcesoin financial. At this stage of work, the researchers have received support from the University Technology Transfer Center (UOTT) for further testing in the form of a grant implemented under the Innovation Incubator program+.

– Our next research will involve testing the potency of new compoundsow on weeds in combination with additional excipients, whichore are used in preparations available on the market. Such excipients are designed to further enhance the effectiveness of the molecules – moDr. Rafał Archacki.

– It is extremely important to deepen the testoIn the near future, we will conduct further studies on toxicological cells, because not all the discovered molecules have yet been fully examined from this point of view. Safety regulations are very strict, so we need to be assured that the discovered substances do not have negative effects on humans and the environment. More data are needed to gain a complete set of data and testow. In the near future, we will conduct further studies on comoThe tests were carried out on dozens of selected compounds on human worms and nematodes using extended variants of the testow – mowi Dr. Pawel Siedlecki.

The three molecules discovered are just the first result of ongoing work. They are still being modified in co-oWorking with chemists to find new ones that would help increase biomassoThe new compounds will be even more effective and safe. Even the smallest change in a chemical molecule can have a large biological effect. At the same time, it is impossible with gory predict the effectoin the changes being made. It is necessary to intuitively select variants and test them empirically, which takes time. All this means conducting a large number of testsow. Therefore, the researchers will look for potential investorsoin whichoers could fund them. There will be a need for proto field and other more thorough tests.

– Remarkably, the three new molecules are not the end of the work in the search for new substances that exhibit certain properties. One of the mainoThe value of the discovery is to develop a method of producing new substances. The know-how has been developed at the UW, whichore allows in a relatively shortot soon develop and test many new substances. The agrochemical industry is constantly on the lookout for new substances due to the increasing resistance of plants to herbicides used so far, as well as changes in the conditions of theoIn environmental and new health and environmental regulations. For these researchers, this is an attractive market niche, ktora perhaps allow them to create spospin off”– mowi Dr. Robert Dwilinski, director of UOTT.

After the soil is plowed, there are mnoseed stock of a variety of crops, especiallyoThe plants considered to be weeds, whoseore relatively quickly beginning to grow. Wanting a high yield, farmers need to control weeds, ktoThe growth of which hampers the development ofocrop. Only after spraying the field and waiting a certain period of time, in which theohen the weeds die and the chemicals stop working, seeding follows. Thanks to herbicides, agricultural production can be profitable.

There are a lot of roThe most common preparationsoof chemical preparations available on the market to combat weeds in crops. They can be used in rowayoThe preparation is used in the cultivation of crops (foliar or topdressing) and in the fieldotion at different stages (before and after the start of cultivation), acting on all plants without exception or selectively – e.g. on either dicotyledonous or monocotyledonous plants. Mostly these are formulations offered by global corporations, but products from smaller, local companies are also available. Although the range of commercially availableow is broad and new ones are constantly appearing, there are relatively few active substances thatoThe more they are used, the higher the cost of cultivationojczo. Therefore, research centers around the world are constantly trying to develop new active substances.

It should be noted that some molecules affect certain weeds more, others less. So in practice, only one herbicide is rarely used. Usually two or more are applied to protect the crop in case of situations thatowhere one of them will not work. At the same time, the more they are used, the higher the cost of cultivation is. It is also not indifferent to the environment. The more meansoin chemical will be used, the more compoundsow remain in the soil. More effective agents offer the hope that smaller amounts can be used, and the environmental impact will be lower.

Plants acquire resistance to certain substances over time. Increasingly, farmers are faced with the problem that despite sprayingow weeds do not die. All the more reason why the commercialization of the new active substance looks promising. New substances are also being sought because old ones are being withdrawn from the market due to changing regulations. In the case of someorych preparationsow, whichore have been used for years, they are found to exceed standards and have negative effects on human health or organisms in the soil.