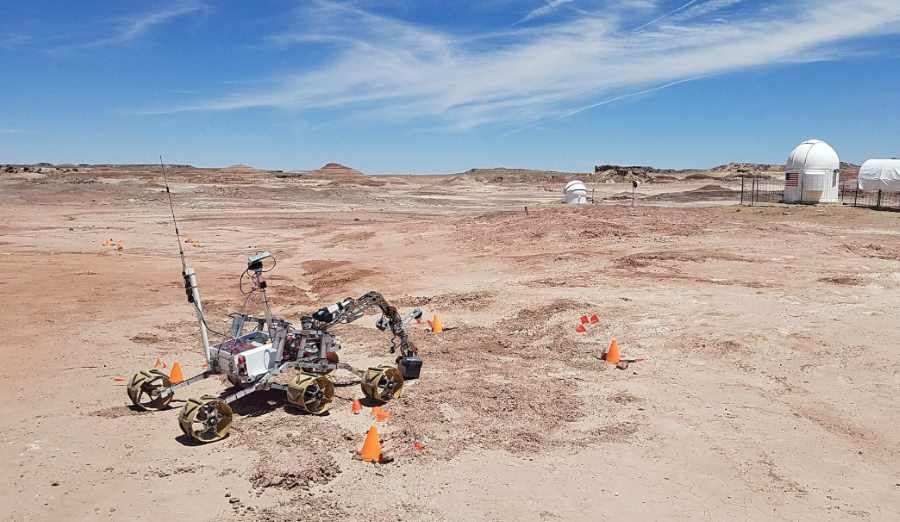 Students from Częstochowa won the Mars rover competition in the USA

The rover created by students from the Częstochowa University of Technology won the prestigious University Rover Challenge competition in the US. Teams from other Polish universities also placed third, fourth and eighth in the Mars rover competition.

University Rover Challenge (URC) is an international competition aimed at studentow from around the world. As part of it, teams are tasked with building the best possible Mars rover. The competition takes place on the simulated surface of Mars, where the rovers have a series of activities to perform, such as retrieving probek the ground, overcome a difficult hill or make repairs to a broken device.

More than 500 students took part in this year’s competition in the Utah desertoin from 35 teamsow from all over the world. The competition is held near the analog of the MDRS Mars base.

– This is not the first time that a team from the Częstochowa University of Technology has stood on the podium of the American competitionoat the URC. Recall, last year they took a high third place. For the Swietokrzyska University of Technology, on the other hand, it was definitely a successful debut in this competition – mowi Lukasz Wilczynski of the European Space Foundation, wspohe organizer of the Rover Challenge Series robotics league, to which theorej belong m.in. The prestigious European ERC and American URC competitions.

Competitoroin waiting now is the returnot to the country and prepare for an even bigger event, which will be the European Robot CompetitionoAt the Mars ERC, ktore will be held on September 14-16 in Starachowice with the participation of representatives of NASA, the European Space Agency or space sector companies.